When is the best time to apply bentonite? 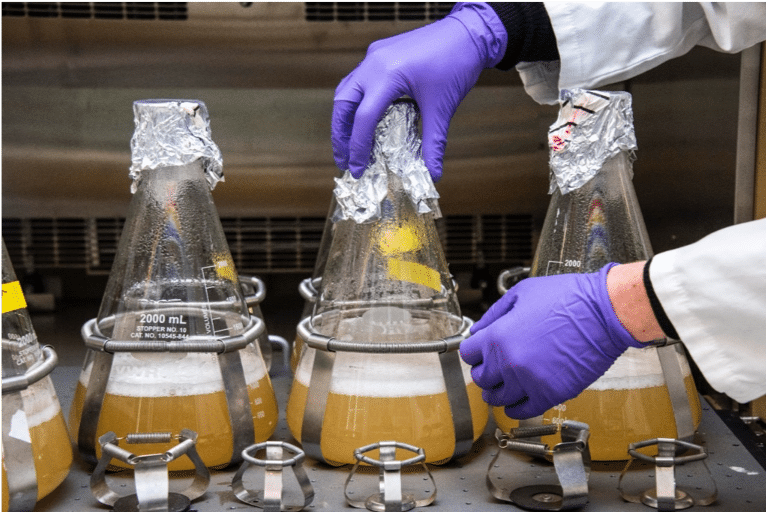 The most common practice to prevent the formation of hazes in wine is to remove the proteins by adding bentonite. Bentonite is a clay that functions as a cation exchanger in wine. It has a negatively charged surface and associates positively charged compounds such as proteins, removing it from the wine.

Although protein stability is manifested by treating the wine with bentonite, the usage of this fining agent has some disadvantages:

The aim is to use as little bentonite as possible (while still obtaining the desired stability) in order to minimise cost and waste generation and impact on the wine quality. Vinlab can assist to determine the bentonite requirements for a specific wine based on the results obtained from bentonite fining trials. This enables the winemaker to add the minimum amount necessary to render the wine protein stable.

Other than optimising the bentonite dosage, the timing of the application can also have a significant influence on the amount of bentonite required to obtain stability. The aim would thus be to obtain a protein stable product with a compact lees in the least amount of operations.

A study titled, “The effect of bentonite fining at different stages of white winemaking on protein stability”1, aimed to provide more information as to when, during winemaking, is the best time to add bentonite.

Sauvignon blanc and Semillon juices from South Australia were used for the study. Fermentation was conducted at 18°C using a yeast from the Australian Wine Research Institute (yeast 765). Continual stirring was applied.

The bentonite requirement for the juices were determined to be 1.7 and 1.5 g/L for the Sauvignon blanc and Semillon juices respectively.

Bentonite was added during the following stages:

The table below shows the results after the heat test for the various treatments.

In order to obtain a protein stable wine, more bentonite had to be added to the juice than when bentonite was added to fermenting must and wine. The wines made from the treatments that received bentonite during fermentation were all rendered protein stable. 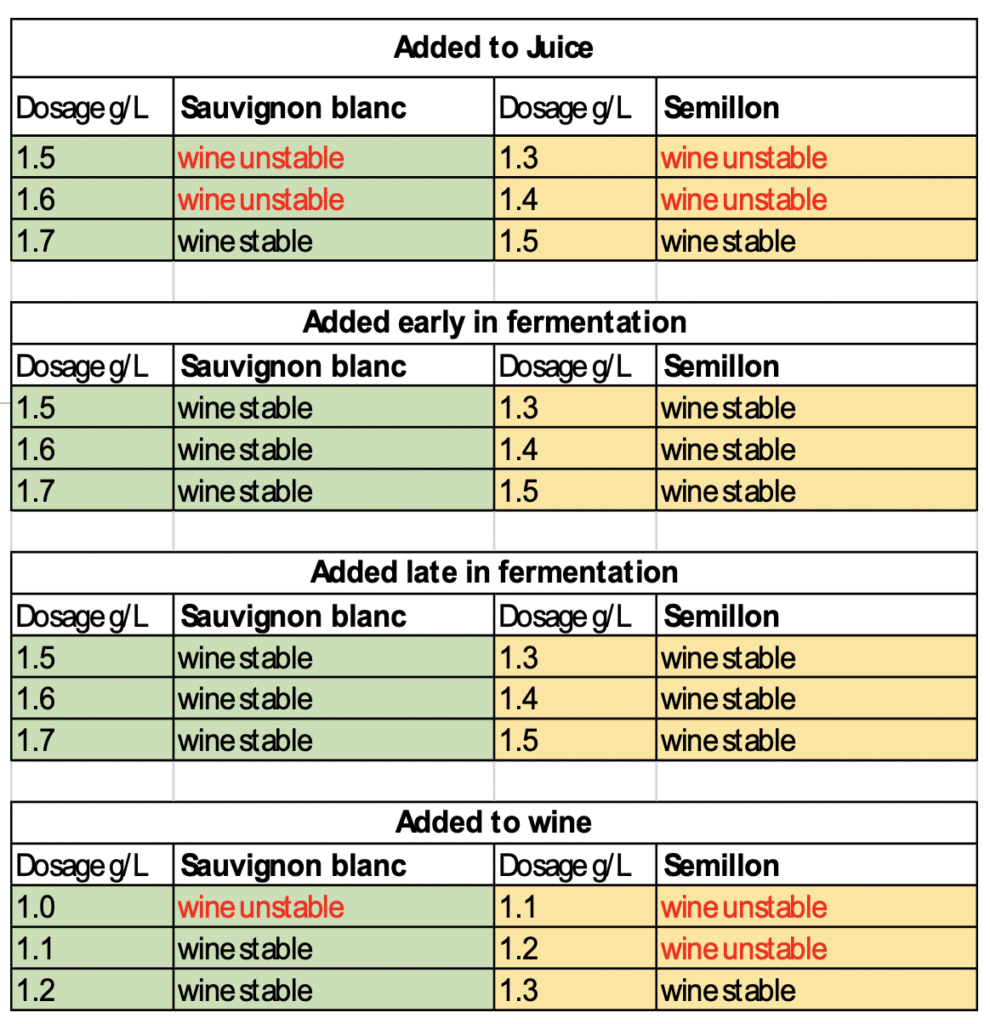 The dosage of these treatments was based on the bentonite requirements of the juice, however, clearly less bentonite was needed to ensure a protein stable wine when added during fermentation. Not only did all the dosages (during fermentation) result in protein stable wines, but there was also no clear pattern in terms of increased dosage and level of stability. Much lower dosages would likely have sufficed; however, these lower dosages were not tested. When applied to the finished wines, the lower dosages resulted in heat unstable wines, indicating lower efficiency when added at this stage.

A follow-up experiment treated Sauvignon blanc 1) juice, 2) fermenting must and 3) the finished wine with 60% of the bentonite needed to render the juice protein stable. The finished wines were again tested for heat stability and bentonite requirements and the wines were then fined for a second time based on the result. The total bentonite needed (accumulated) for the wines to be rendered heat stable were used to interpret the results.

Treating the finished wine with bentonite also delivered favourable results, however, fermenting with bentonite has the additional advantages of increasing the fermentation tempo as well as the removal of the bulk of the bentonite with the yeast lees. Other than that, in general, additions to juice or must are considered to have less of an impact on the wine sensory and chemical composition1, however, this needs further investigation.

It is recommended that winemakers carry out fining trials with the assistance of their chosen supplier to determine the least amount of bentonite necessary. Planning the timing of bentonite addition could also potentially result in significant cost savings while reducing the environmental impact. The added benefit of lower sensory impacts could also be a bonus, however, sensory evaluations were not conducted in this study.

Photo by Science in HD on Unsplash