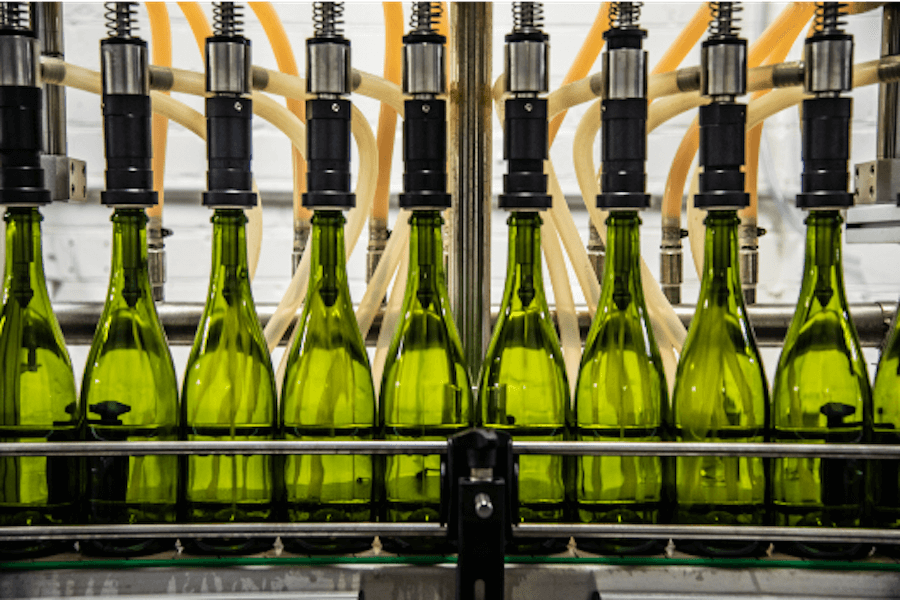 During winemaking, oxygen exposure is usually avoided as far a possible especially during vinification of Sauvignon blanc wines. Not only can oxidation modify key aroma compounds, such as the fruity varietal thiols, but it can also result in the development of oxidation aroma and browning.

Of all the winemaking processes, bottling is one of the most critical phases of oxygen pickup. Factors such as the dissolved oxygen content in the wine at the time of bottling, the headspace volume and composition and the type of closure (oxygen permeability) will all affect the oxygen concentration in the sealed bottle which could adversely affect the wine’s quality over time.

A study1 was conducted to investigate the impact of operating conditions during bottling on the oxygen content and evolution of a bottled Sauvignon blanc wine. In this blog post the main findings from the use of vacuum during bottling will be reported.

The bottles were stored upright at an average temperature and relative humidity of 17.1°C and 76 % for 18 months. Measurements of dissolved oxygen, headspace oxygen, dissolved carbon dioxide, sulphur dioxide, colour and sensory evaluation were performed during storage period.

Vacuum vs no vacuum – Oxygen concentration after bottling

The gaseous headspace contained 16.93% v/v oxygen when vacuum was applied during bottling compared to 19.63% v/v without vacuum.

Vacuum vs no vacuum – internal pressure

Applying vacuum at the time of bottling reduced the aphrometric pressure (the difference in pressure between the inside of the bottle and atmospheric pressure) in the bottle. The average aphrometric pressure was 25 kPa with vacuum compared to 137 kPa without vacuum. This led to considerable variation in the amount of oxygen trapped in the headspace and consequently the total package oxygen. The absence of vacuum results in a positive internal pressure which could accelerate the dissolution of the headspace oxygen into the wine.

Vacuum vs no vacuum – Sulphur dioxide and colour

After 18 months storage the wines bottled under vacuum had significantly lower scores of “visual shade” and “oxidation” compared to wines bottled without vacuum.

The amount of oxygen in a sealed bottle mainly depends on the dissolved oxygen content of the wine prior to bottling (in the tank) and the quality of the bottling line and operating conditions.

The use of vacuum (or the absence thereof) can significantly affect

An advantage of evacuating the bottle of air after filling is the removal of oxygen from the headspace and preventing the creation of pressure in the bottle due to the “piston” effect by inserting the closure. The absence of vacuum during bottling without the use of blanketing gas can cause an increase in the amount of oxygen trapped in the headspace. An increase in internal pressure is also evident without the use of vacuum technology and will consequently increase the rate of dissolution of oxygen via the headspace/wine interface. A bottling line supplied with vacuum filler is effective in reducing the amount of oxygen in the headspace.

(1) Vidal, JC; Moutonet, M. Impact of Operating Conditions During Bottling and of Technical Cork Permeability on the Oxygen Content and Evolution of Bottled. Internet Journal of Viticulture and Enology 2011, 4/3.