The beauty of “blackcurrant” aroma 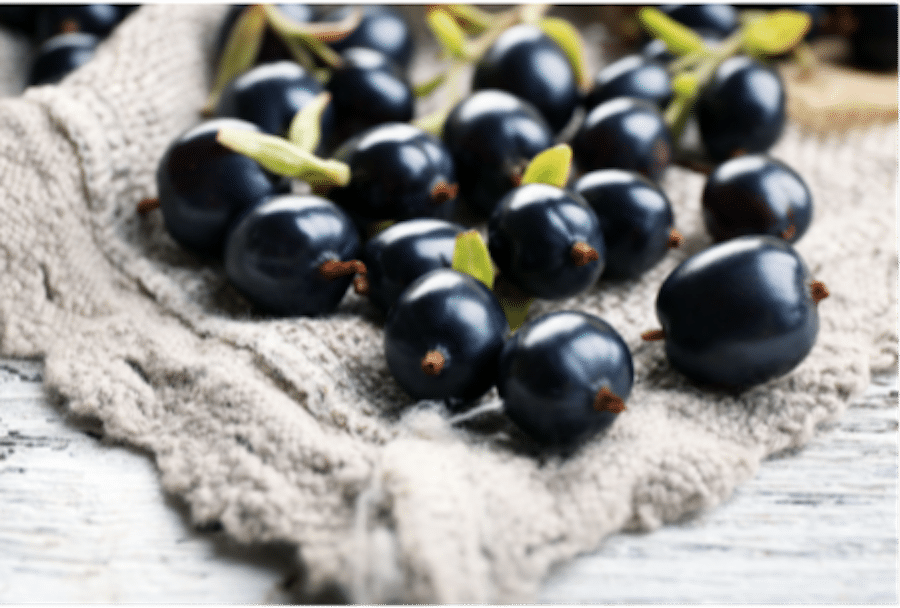 4-Mercapto-4-methyl-pentan-2-one (4MMP) is one of three main sulphur-containing compounds often found in Sauvignon blanc wines. The aroma of 4MMP is traditionally described as ‘blackcurrant’ and ‘box-tree’, with ‘cat urine’ nuances when present at higher concentrations. It has also been described as ‘green’, ‘mint’ and ‘exotic fruits’.

According to literature the average concentration range of 4MMP in Sauvignon blanc wines worldwide is 4 – 50 ng/L, however, concentrations of up to 88 ng/L have been reported. Other varietals such as Semillon and Chenin blanc can also contain significant amounts of 4MMP.

The role of yeast in 4MMP formation

4MMP is not present in the grape in its aromatic form, but rather as a conjugated precursor which needs to be released by the yeast during the fermentation process. Other pathways of 4MMP formation may also exist.

In the cellar, various winemaking practices can be employed to ensure the optimal release of 4MMP from the inherent precursors. Even though the exact mechanisms for the release and/or formation of these odoriferous thiols are still not entirely elucidated, it is clear that the yeast strain used to perform the fermentation is one of the most important factors affecting the thiol production and the thiol concentration in the final wine.1

Yeast strains differ significantly in the capability to produce thiols. This ability (or lack thereof) can be exploited by the winemaker to specifically craft the desired wine style by selecting a yeast strain with specific properties and capabilities. A study2 assessed the ability of 82 different yeast strains (not all commercially available) to produce thiols from a grape-like medium containing realistic concentrations of conjugated thiol precursors. Results showed a 20-fold difference between the yeasts’ ability to release 3MH and a 35-fold difference in the ability to produce 4MMP.

Other factors such as the duration of skin contact and the fermentation temperature can be adjusted to ensure that the full potential is extracted and released, however, the inherent potential needs to be present, meaning, if the 4MMP precursor is not part of the juice composition, then no tricks in the cellar will be able to generate 4MMP.

4MMP in the Sauvignon Blanc Top10

The volatile thiol content of the Top 10 Sauvignon blanc wines is analysed each year. Results show a staggering amount of 4MMP to be found in South African Sauvignon blanc wines! Concentrations of up to 124 ng/L have been reported, which are huge amounts of this aromatic compound. Even in international standards, these concentrations are considered particularly high and with an odour threshold of 0.8 ng/L (the lowest odour threshold of the three volatile thiols), the aromatic impact of this compound, if present, can be astounding.

Year after year there are specific sites delivering grapes with elevated potential for 4MMP production. A great example of wines that consistently delivers this style, is the Tokara Reserve Collection Elgin Sauvignon blanc (a regular on the top10 list) and the Bellevue Sauvignon Blanc (of which the 2021 vintage made the top10 this year!).

Other producers who have produced Sauvignon blanc wines with elevated levels of 4MMP includes Almenkerk, Strandveld and South Hill, all of which originate from Elgin or Elim wine-producing areas. This raises the question: What unique location-specific factors are stimulating the production of the 4MMP precursors in these wine-growing areas?

The Cape South Coast is characterized by cooler temperatures and proximity to the Atlantic, however, because the exact mechanism of 4MMP precursor production in the grape berry is still unknown, it is difficult to establish if the cooler climate is a direct contributor to the formation of 4MMP. Also, considering that wines from warmer regions also display an impressive amount of 4MMP, the exact effect of temperature is unclear.

Viticultural practices such as soil and foliar fertilisation have shown potential to increase the 4MMP content in the resulting wine, however, if this was the main drive behind the occurrence of the aroma compound, certainly we would have seen more 4MMP loaded wines from all the South African wine-growing regions. There seems to be a definite trend regarding the potential of cool-climate zones and these areas can become hotbeds of innovation when it comes to creating unique and interesting Sauvignon Blanc wines.

The preservation of 4MMP is also of importance as studies have shown that 4MMP is prone to natural acid hydrolysis (breakdown over time)3. Therefore, the presence of sulphur dioxide is critical to protect the aroma compound from oxidation. Other than that, storing the wine at a low temperature will help to decrease the natural hydrolysis rate, extending the aromatic contribution of 4MMP and therefore, the shelf-life of the wine.4

It would seem as if the presence of 4MMP in South African Sauvignon blanc wines could give the needed edge to further distinguish the wines in the international market.

A lot more research needs to be done to pinpoint the exact mechanisms involved and factors affecting the formation of 4MMP. Sauvignon blanc South Africa analyzes each year’s top-performing wines, identifying viticultural sites with above-average potential for 4MMP production. These results are included in the Sauvignon Blanc SA booklet published on the website each year.