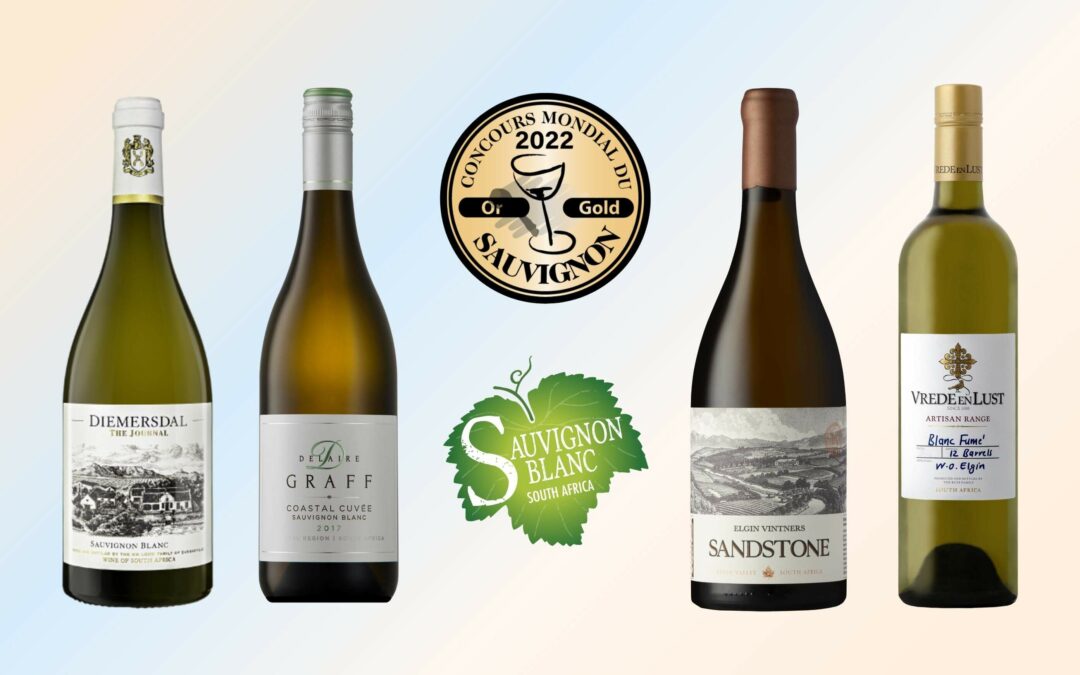 South African Sauvignon Blanc proved its excellence once again as one of the top five countries by number of medals at the largest and most significant international competition entirely dedicated to Sauvignon Blanc, the 2022 Concours Mondial Du Sauvignon.

“With four gold and 13 silver medals out of 1 120 entries from 23 producer countries, South African Sauvignon Blanc found itself in good stead with the likes of France, Austria, Italy and the Czech Republic at this prestigious competition which took place in Portugal,” says RJ Botha, Chairman of Sauvignon Blanc South Africa.

Diemersdal lead South Africa’s medal tally with one of four gold medals for The Journal Sauvignon Blanc 2021, a barrel-aged rendition of this variety, which also won the Revelation Trophy for Best South African Wine on show. Diemersdal also received two of 13 silver medals.

“It gives me a great kick knowing we are working with a variety the wine consumer loves and which is one of the most successful commercial varieties in the world,” says Thys Louw, Diemersdal owner-winemaker and vice chairman of Sauvignon Blanc SA. “The audience is there – now it is up to us winemakers to perform by – along with commercial success – showing there is greatness in Sauvignon Blanc.”

Over twenty nationalities, including South Africa, Australia and Canada are represented on the tasting panel, thereby guaranteeing the outstanding diversity that sets the Concours Mondial du Sauvignon apart from other wine competitions. Following the guidelines of the OIV and the International Oenologists’ Organisation, the Concours Mondial du Sauvignon grants accolades to a maximum of 29% of total entries.

“While there was little doubt in my mind about the quality and diversity of wines we would be tasting, what made the whole experience even more remarkable were the people I met while exploring the Portuguese wine region, Torres Vedras,” says Dr Carien Coetzee, oenologist of Basic Wine and chair of one of the tasting panels, as well as a Sauvignon Blanc SA committee member. “Hats off to the CMS team for coordinating and handling the judging of 1 120 wines from 23 countries flawlessly while creating valuable networking opportunities.”

For wine writer and judge at this year’s competition, Malu Lambert, it was a true privilege to take part in the diverse mix of cultures which all united in appreciation for one of the world’s oldest and most noble cultivars. “Besides the wines, what stood out was the early adoption to technology that assisted the judges with tasting and implementing their scores, as well as how this data was being captured and used on a greater scale to determine wine styles and consumers’ preferences. As the wine world evolves, we as tasters need to move with it and Concours Mondial du Sauvignon has clearly demonstrated they are ahead of the curve in new technologies, while still respecting tradition and inherent Old-World sensibilities.”

For the full results, visit https://bit.ly/concoursmondialsb