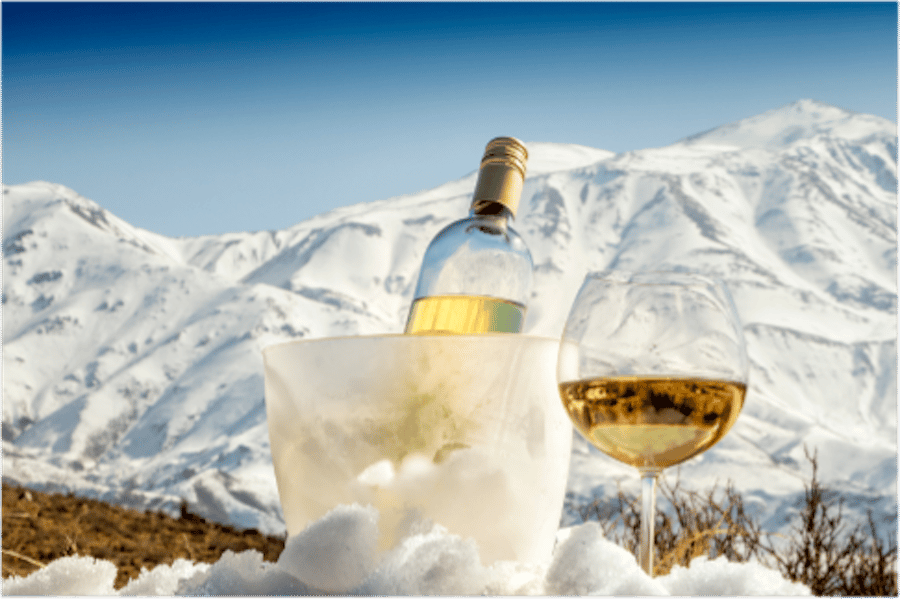 Convention typically dictates that wines be served at a specific temperature in order to experience the wine at its best. Theoretically, temperature affects the volatility of flavour compounds (thus a higher serving temperature would enhance the release of aroma compounds from the wine) with the exact effects depending on the chemical nature of the compound. This increased (or decreased) volatility would then have an impact in the intensity of the attributes perceived by the taster.

White wines are typically served at cooler temperatures (8-12°C), while red wines are presented at room temperature or slightly cooler. While the effect of temperature has been accepted by the wine world, very little scientific research has been conducted to back this up.

A Californian white wine was subjected to various treatments before being presented to a trained sensory panel for evaluation.

1. Taste interactions
This part of the study assessed a wine that was manipulated for the basic tastes and/or mouth sensations; the scientists added known concentrations of tastants (sucrose and/or citric acid) to emulate the targeted sensory attributes (sweetness and acidity):

The manipulated wines were presented to a trained sensory panel at three different serving temperatures:

3. The sensory panel was instructed to rate the wines on a 15 point line scale according to

Panellists were instructed to hold the glasses at the stem to not impact the wine’s temperature and to prevent bias.

Serving temperature is one of the critical elements in appreciating a wine, and just as fine wines can be totally ruined by use of the wrong glasses serving wine at the wrong temperature can influence the experience. Bad wines can become almost palatable when served ice cold, while if you serve a fine Sauvignon Blanc too cold, you might miss what the wine has to offer.

The ideal temperature at which to serve Sauvignon Blanc will depend on the exact wine style. As a rough guide, Jancis Robinson2 recommends the following serving temperatures according to the wine style to be served:

The idea is to serve the wine at the most “flattering” temperature. According to the above table, serving a Sauvignon Blanc at 10°C might be the safest option to encompass all styles. While you do not have to get the temperature accurate within a fraction of a degree, it is worth paying attention to. In general, it is easier to warm a wine up in the glass than it is to cool it down again, so err on the side of too cool. But ultimately the wine temperature should be based on the personal preference of the consumer.