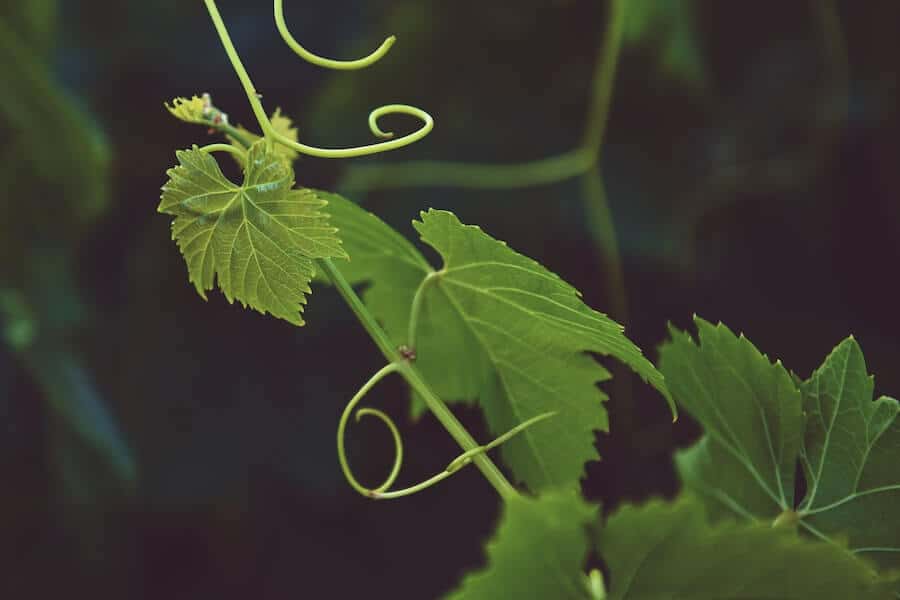 Water stress, due to insufficient water supply, may have direct and/or indirect effects on the physiology of the vine and the composition of the berries. Some of the physiological responses to water stress include1

These physiological effects would normally result in reduced vine growth and increased sunlight exposure in the bunch zone. Further implications would be a reduction in the production and transport of sucrose which reduces the availability of metabolites2.

The leaf water potential estimates the capacity of the cells to retain water by pressurising a leaf with a neutral gas. This is usually done using a pressure chamber. The less free water there is in the plant, the greater the pressure required to cause it to exude. The result is expressed in bar or kPa / MPa, always as a negative value.

A study was conducted to investigate the effect of water stress, measured as the leaf water potential (LWP), on South African Sauvignon blanc vine performance and bunch development. External symptoms at various LWP values were reported2.

Twenty-one Sauvignon blanc plots (Stellenbosch) were used in this study. The LWP of the vines was tested using a pressure chamber. Measurements were recorded at pre-dawn (04h00 until sunrise) and midday (11h00 until 14h00)2. External water stress symptoms were also recorded using a vineyard scorecard with adapted evaluation criteria for South African conditions3,4.

Pre-dawn LWP is generally accepted as the best physiological indication of vine water stress as it is in direct relation to soil water that is accessible by the roots5. During this stage, the stomata of the plant are closed and the grapevine has been able to equilibrate its water potential with the most humid layer of the soil.

The pre-dawn LWP results can be categorised as follows5:

Midday LWP is greatly affected by environmental and weather conditions and the use of this parameter for the scheduling of irrigation has been questioned2.

The midday LWP results can be categorised as follows6:

Higher water stress at ripening correlated with shorter shoots, a lower cane mass and reduced berry size and berry volume. According to Prof Alain Deloire5, the pre-dawn LWP should preferably not be lower than -400 to -500 kPa5 as the smaller berry size does not necessarily result in increased quality.

The water availability and/or degree of sunlight exposure could affect the concentration of aroma compounds such as the methoxypyrazines (green aromas) and the volatile thiol (tropical fruit aroma) precursors in the berries. Typically, high water availability will result in more vegetative growth and thus increase canopy density and cluster shading. Increased water stress could result in a decreased canopy coverage and increased sunlight exposure in the bunch zone.

A study showed that irrigated vines produced grapes with higher methoxypyrazine content compared to non-irrigated vines7, possibly due to the impact on the canopy density and sunlight exposure (see blog – Managing green aromas in the vineyard: Methoxypyrazines). Another study showed that severe water stress (predawn LWP reaching -1000 kPa) limited the aroma potential in Sauvignon blanc grapes and resulted in a lower volatile thiol precursor content8. To the contrary, a mild water deficit (in combination with a non-limiting nitrogen status) enhanced the thiol precursor development8. Mild water stress can thus be beneficial for the production of the volatile thiol precursors and reduce berry methoxypyrazine concentrations (if desired).

Water stress could directly and/or indirectly affect the development in the berries as canopy microclimate is a result of the inherent water relationship between soil and vine. Studies have shown that water stress symptoms correlate well with field measurements of LWP2 and that the water status can affect the aroma development in Sauvignon blanc berries7,8.

The general recommendation is that water supply during early season should be adequate to quickly fill the trellis system with active leaves but at the same time not to induce too large berries and unbalanced aroma development2. Moderate water stress during berry growth will lead to smaller berries and perhaps a more balanced aroma composition. However, care should be taken to not negatively affect other metabolic processes.

Photo by Tim Mossholder on Unsplash