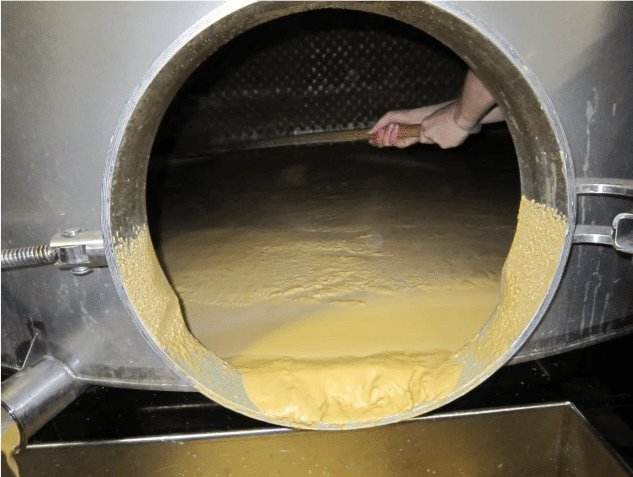 Allowing contact with the yeast lees post-fermentation is often used as a winemaking tool to obtain specific stylistic goals. Other than the improved mouthfeel and structure, the yeast cells can absorb dissolved oxygen (supposedly through the oxidation of complex yeast membrane compounds), thereby removing it from the wine and reducing the risk of chemical oxidation.

The question is: How effective is the yeast lees really and what percentage of dissolved oxygen is consumed by the yeast lees and how much oxygen is in fact chemically reacting with the intrinsic wine constituents leading to wine oxidation?

A study titled, “Oxygen consumption by post-fermentation wine yeast lees: factors affecting its rate and extent under oenological conditions”1 partially addressed these questions and the results are summarized in this blog post.

Determining the exact amounts of oxygen removed by yeast lees poses various challenges, the main challenge being that wine is a complex matrix and contains compounds that can contribute to the removal of oxygen molecules from the medium.

In this study, the hurdle was (somewhat) overcome by performing the experiment in a model wine solution thereby removing other influencing factors. This gives an indication of the oxygen removal potential of the yeast lees, but it is still not representative of a real wine situation which could differ significantly. The researchers, however, did duplicate some of the experiments in real wine matrices and found comparable results.

The wines were vinified using standard procedures with the exception that juice was clarified to less than 20 NTU. The reason for the high level of clarification prior to inoculation is to ensure that the majority of the sediment present after fermentation (>98%)  originates from the yeast inoculum.

Oxygen consumption trials were conducted in both model wine as well as a real wine matrix:

The yeast lees was obtained after fermentation by centrifuging the wines and washing the sediment with water. The washed lees was then added at various dosages to an oxygen saturated model wine solution (consisting of 13% v/v ethanol, 8 g/L tartaric acid and pH 3.5). Recurrent shaking of the closed flasks prevented sedimentation.

Unfiltered wine was collected one month after the completion of fermentation and saturated with oxygen by shaking after which oxygen measurement began immediately. Recurrent shaking of the closed flasks prevented sedimentation. As a control, a wine sample was clarified by centrifugation and filtration in order to obtain a yeast-deprived reference treatment for comparison.

Effect of lees concentration on the oxygen consumption rate (OCR)

Different concentrations of yeast lees were added to the model wine solution to determine the effect of yeast concentration on the OCR. The lees concentrations included in the study was set at 50, 100, 200, 300 and 400 NTU. Fifty NTU corresponded to about 3.15 x 106 cells/mL in the conditions and calibration of this study (more details regarding the calibration available in the full text).

The study confirmed that a higher yeast lees concentration present post-fermentation leads to an increased rate of oxygen consumption. From the lowest concentration to the highest concentration tested, the OCR increased from 0.27 to 2.09 mg O2/L wine/hour. This increase in OCR was, however, not always linear and the OCR started to stabilize at higher cell densities in many cases. Excessive amounts of yeast cells would thus not necessarily result in increased OCR.

These results were confirmed by conducting the experiments in real wines (with and without the presence of yeast lees). After one month of storage under anaerobic conditions, white and red wines were saturated with oxygen and the OCR determined. Results showed that the OCR followed an almost linear pattern comparable to the experiments conducted in the model wine. Interestingly, the OCR of the red wines were lower when compared to the white wines. This could be due to interferences by phenolic material in the oxygen uptake by the yeast cells.

Results not only showed a remarkable difference between the lees concentrations but also among the yeast strains tested. Some yeast strains showed significantly higher potential to absorb oxygen, however, these results should be interpreted with caution as the matrix and conditions in which the fermentation took place differed and could have an impact on the ability of the lees to absorb oxygen.

Effect of temperature on the oxygen consumption rate (OCR)

Three temperatures were applied to the 200 NTU treatment in model wine: 5°C, 15°C and 20°C. As expected, a lower temperature resulted in a lower OCR rate for all the yeast strains tested. The 5°C and 15°C treatments’ oxygen consumption rates were 32% and 12% lower respectively when compared to the 20°C treatment.

Effect of sulphur dioxide on the oxygen consumption rate (OCR)

The OCR measurements of the six yeast strains (200 NTU) in model solution spiked with increasing amounts of sulphur dioxide showed the strong suppressive effect of sulphur dioxide. In the model wine (pH 3.5) there seems to be a critical limit around 20 mg/L free sulphur dioxide above which the OCR becomes almost insufficient to have any practical effect. The reason for the decrease in OCR at higher sulphur dioxide is not fully understood, however, the inhibition of certain enzymes by sulphur dioxide could be a possible cause.

It is important to remember that oxygen does not react directly with sulphur dioxide (at pH 3.5) and in a model wine solution there is no other substrate to which the oxygen can react, therefore the consumption seen in this matrix is likely solely due to the presence of the yeast cells.

The ability of yeast to take up oxygen can be exhausted. During the initial stages, the yeast cells absorb oxygen consistently over time. After that, the oxygen consumption rate decreases indicating the depletion of the yeast oxygen uptake resources. For the conditions of the current study, this depletion point was achieved after about 45 hours and 40 mg/L of oxygen consumed.

This is copious amounts of oxygen and the results suggest that even a small amount of yeast lees can absorb a large amount of oxygen. In a large scale setup, the ability of the yeast to take up oxygen will likely not decrease unless excessive amounts of oxygen are dissolved intentionally.

Suspended wine yeast lees post-fermentation, if present in sufficient quantity, can consume considerable amounts of oxygen. The exact amounts of oxygen consumed depends on various factors such as the concentration of lees, the yeast strain present in the lees, the temperature of the matrix, the intrinsic composition of the matrix (chemical binding of oxygen) and the concentration of sulphur dioxide present. In a real wine situation, the complex interactions of the various influencing factors do not allow exact prediction of oxygen consumption capacity and antioxidant effect of the yeast lees alone, making experimental trials challenging.

For oxygen-sensitive wines such as Sauvignon Blanc, delayed filtration after fermentation might serve as a useful tool to remove the oxygen dissolved during winemaking processes and storage. It is important to frequently evaluate the wine sensorially as the anaerobic conditions and compaction at the bottom of the vessel can lead to the production of reductive sulphur compounds that can negatively affect the wine aroma.