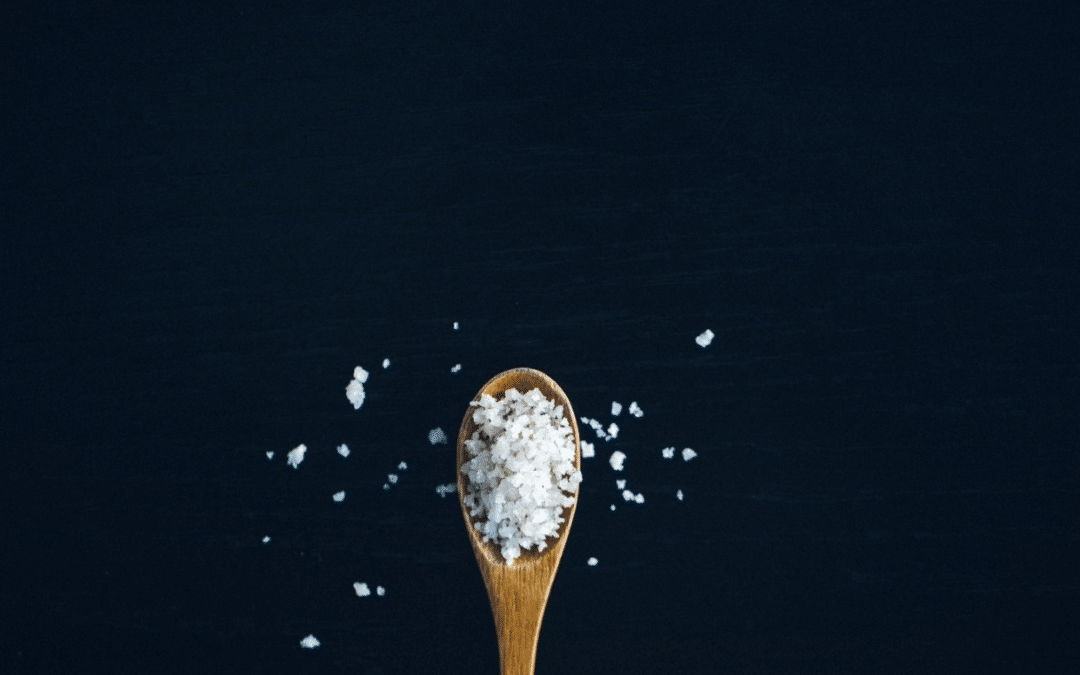 Salinity – the cousin of Minerality

In a previous blog post, the possible contribution of salt to the perception of minerality in wine was contemplated. After investigation, it seems that this topic has, in fact, barely been researched. Some wine experts link the presence of minerality to either a bitter or salty taste1-3. The current blog post looks into salt in wine and the sensory effects reported in the literature.

Salt exists in wine in the form of NaCl and is measured as the concentration of Na+ and/or Cl–. The legal limit for Na+ and/or Cl– varies widely among countries and can implicate either or both ions. According to the Liquor product act 60 of 1989, South African wine may not contain more than 100 mg/L Na+ (which would translate to roughly 250 mg/L* when expressed as NaCl). The OIV (Oeno 6/91) resolution in regard to sodium states that “When wine contains excess sodium (excess sodium is equal to the content of sodium ions less the content of chloride ions expressed as sodium), it is generally less than 60 mg/L, a limit which may be exceeded in exceptional cases”. Depending on the market in which the wine will be sold, the acceptable concentration of NaCl may be lower.

The question is, at what concentration will the consumer start perceiving saltiness in the juice and wine? Australian researchers tested the thresholds in a study titled, “Evaluation of sensory thresholds and perception of sodium chloride in grape juice and wine”. Results showed that just because a wine’s salt content is lower than the legal limit does not mean that the salt cannot be perceived by the taster. The perception and recognition values shown in Table 14,5, are lower than the stipulated maximum legal limit in Australia (1000 mg/L soluble chloride expressed as NaCl) and higher than the maximum legal limit in South African wines (if you express the 100 mg/L Na+ as NaCl).

Therefore, if your wine’s NaCl concentration is lower than the South African maximum legal limit, it would probably not be detected by the taster. The implication for the Australian wine industry (with a higher legal limit), is that the consumer might be able to recognize the wine as being salty, even though the NaCl content is still below the maximum legal concentration.

The researchers also conducted the study to gain an objective understanding of the sensory ramifications associated with the presence of NaCl in wine5. Wines were spiked with a NaCl solution and assessed by a sensory panel. Results showed that the addition of NaCl had a significant effect on the wine sensory attributes with the spiked wines having more of a salty taste and soapy (viscous) mouthfeel. The fruit expression of these wines was negatively correlated to the salty taste and soapy mouthfeel.

High sodium containing natural wines were also evaluated by the sensory panel and results showed that a high sodium concentration did not necessarily result in a higher perception of saltiness. Therefore, low sodium fruit can still have a distinct salinity. This highlights the lack of understanding of the different ions and how they interact to create the salty taste6. It is important to consider this when evaluating the suitability of (perhaps salt contaminated) grapes as the Na+ is not a reliable marker.
The concentration of chloride ions in the white grape juice after pressing can be used as a guide for the concentration of chloride ions in the resulting wine. In wines, the measurement of chloride ions would serve as a better marker for salinity compared to sodium.

Is saltiness linked to minerality in wine?

This question remains unanswered until a well-planned sensory study is done. Karen MacNeil (2015), author of The Wine Bible7, offers an intriguing but untested hypothesis that mineral driven wines activate salt receptors on the tongue. Wines with higher salt content can lend a savoury or even soapy character to the palate, while others reported undesirable attributes such as flat, dull, burning, sea-water-like, and brackish8. NaCl not only increases saltiness in wine, which can be a desirable trait, but also reportedly lowers bitterness and may increase the perception of sweetness.

In Sauvignon Blanc wine, salty characteristics can be highly sought after as bright wines can be suggestive of sea air or olive brine. NaCl is a positive sensory stimulus and higher concentrations of NaCl has been shown to improve the sensory preference for a great range of products9. Grapes grown in close proximity to the ocean and exposed to sea breezes and mist could have increased amount of salt deposits on the grapes and the corresponding wines amplifying other flavours, much like salt does with food.
*this calculation is only done for the purpose of comparing the same unit of measurement throughout the article. SAWIS does not specify legal limits for NaCl or Cl–

Photo by Jason Tuinstra on Unsplash