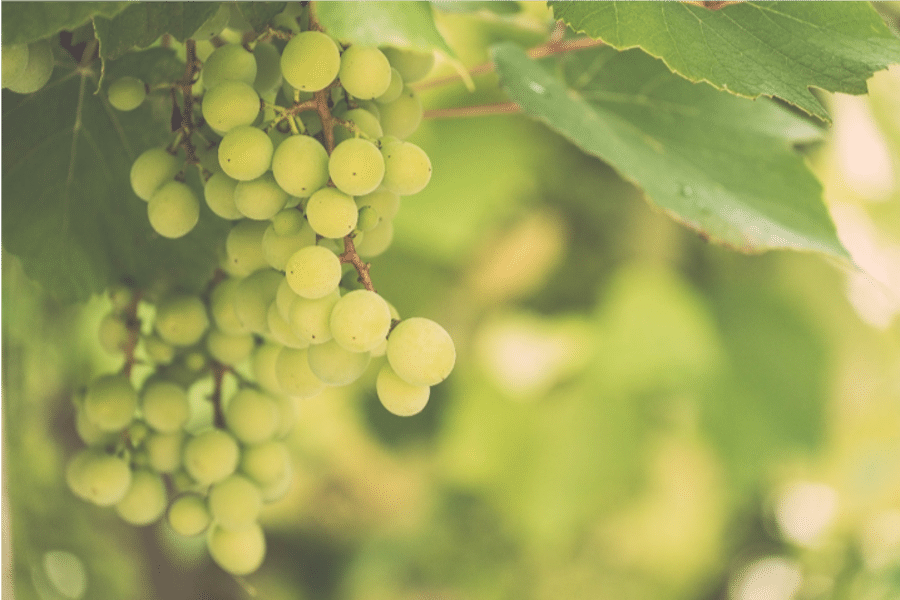 Methoxypyrazines (MPZ) are odorous compounds responsible for the green pepper, grassy, herbaceous, beans, peas, asparagus and even earthy aromas (collectively referred to as “green”). These compounds derive directly from the grapes and their formation are affected by both the grape metabolism and the viticultural meso- and microclimate.
The main methoxypyrazine contributing to the abovementioned aromas are 3-isobutyl-2-methoxypyrazine (IBMP). Another methoxypyrazine, 3-isopropyl-2-methoxypyrazine (IPMP), can also contribute significantly to the green attributes in especially Sauvignon Blanc wines, however it is rarely present at harvest.

The presence of MPZ in wine can be a positive quality factor when it is not dominant, but rather in balance, complemented and supported by other aroma compounds present, thereby adding complexity and typicity to Sauvignon Blanc.

The current article focusses on the MPZ in the vineyard and practices that can be utilised to adjust the MPZ levels in the berry and, therefore, in the resulting wine.

Viticultural factors affecting the concentration of MPZ in grapes and wines

In grapes, the accumulation of MPZ begins at berry set, however, the majority of accumulation occurs between 30 and 50 days post-bloom. The MPZ content increases during the early berry development, typically reaching a maximum concentration a few days/weeks before vériason. After vériason, these compounds decreases progressively and rapidly as the berry matures, with the major decrease occurring mainly during the initial stages of grape maturation. This decrease is not only in concentration but also on a per berry basis.
At harvest, MPZ concentrations are generally only 5% to 10% of the maximum concentration observed at around vériason. A harvest delay can thus diminish the concentration of MPZ significantly.

MPZ concentrations decrease with an increase in sunlight exposure. This can be obtained by managing the canopy density with practices such as leaf thinning and lateral shoot removal.

Rapid vine growth during the accumulation of MPZ has been linked to higher concentrations of MPZ pre-vériason. This is observed irrespective of the secondary effect of a denser canopy often observed with high vigour vines.5

Different pruning techniques can be effectively applied to alter the MPZ levels in the berries due to the effect it can have on the density of the canopy and subsequent light exposure. MPZ concentrations were found to be negatively correlated with the number of buds per vine6. Minimally-pruned vines tend to have relatively loose and open canopies with many well-exposed clusters potentially leading to decreased MPZ content7. Trellis systems can also be adjusted to manage sunlight exposure in the bunch zone.

A study reported that crop thinning (at approximately 50% véraison) had no effect on the MPZ content at harvest8.

Another factor that can affect the MPZ concentration is the vine water status. Studies found that irrigation increased MPZ content significantly9,10. Water availability might result in increased vegetative growth and a denser canopy, resulting in higher MPZ levels11.

Soil texture had a significant effect on IBMP levels at the final harvest date with higher IBMP levels found on deep silt and silt textured soils compared to stony and very stony textured soils8. This effect could also be due to secondary effects of the soil water-holding capacity and nutritional status, in turn, affecting the vine vigour and canopy density.

Vines infected with a virus such as grape leafroll virus usually have higher levels of MPZ at harvest compared to healthy vines due to delayed maturation.

After harvest, the use of a sorting table can help control excessive MPZ concentration by removing the leaves which could contain significant amounts of MPZ.

Even though it is commonly accepted that a cooler temperature will result in higher MPZ content in the grapes, these effects are probably also secondary due to more sunlight, lower water availability etc in regions with higher temperatures, resulting in an exposed canopy and decreased MPZ levels. The direct effect of temperature on the MPZ content is still not clear.

In practice, optimising the canopy density by adjusting the water and nutritional status of the vine, may not always be an option in vineyards planted on fertile soils with high rainfall. In these cases, the canopy can be altered through pruning and canopy management. Removing the leaves and exposing the fruit zone before MPZ accumulation begins (early in berry development) could ultimately be the most practical canopy management strategy in any situation.

Managing MPZ levels during the winemaking process will be covered in a follow-up blog post.

*Please note, not all the studies reported in this article was done on Sauvignon Blanc, however, the principle effects should remain the same.

Photo by Franz Schekolin on Unsplash