How polyphenols can influence the aroma of Sauvignon blanc wines 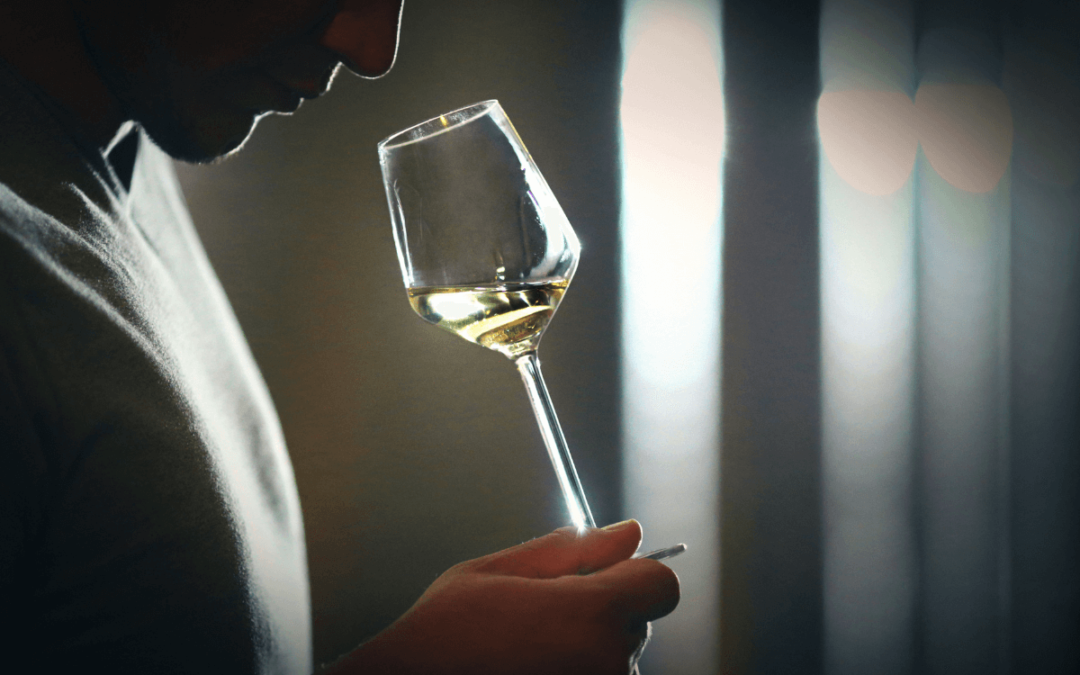 Wines contain thousands of molecules, some volatile (aromatic) and some non-volatile (non-aromatic). Research often focuses on the interactive effects of aromatic molecules and their impact on the overall sensorial perception of the wine. However, wines also contain an array of non-volatile compounds such as polyphenolic compounds whose effect on aromatic sensory perception has not been well studied.

Polyphenols are large molecules (molecular weights over 300-400 Da) that do not have the capacity to reach the olfactory receptors in the human nose1 and are therefore not perceived by the olfactory system. Due to this property, there has been very little sensory research examining the role of white wine polyphenolic compounds on the perception of wine aroma. Most of the sensory research of wine polyphenolic compounds has focussed on the perception of mouthfeel and taste.

In a study2 published in 2009, the effect of polyphenols on the sensory perception of key aroma compounds from Sauvignon blanc wines was investigated. The main findings from this study will be reported in this blog post and could assist winemakers in managing polyphenol levels to achieve desirable aroma profiles.

A dry white wine was diluted by 50% to create a dilute base wine. Selected aroma compounds and polyphenols were added to this diluted base wine to reach the reported concentrations before being presented to a trained sensory panel for evaluation.

The aroma compounds (varying concentrations) included in this study were:

The above aroma compounds were combined with three polyphenols at realistic wine concentrations:

Fifteen sensory-trained panellists experienced in tasting Sauvignon blanc evaluated the wines. Samples were prepared 1 hour prior to the tasting and served at room temperature (20°C). Panellists evaluated the wines orthonasally in a specified randomised order. The panellists were not given any information regarding the contents of the sample. The study was performed using the R-index difference test methodology3.

The panel had to indicate in a pair wise comparison whether two samples differed. The control sample was a sample containing only the polyphenol in question while no volatile compounds were present.  This sample was then compared to a sample containing both the polyphenol as well as the aromatic compound at a specific concentration. The panellists were asked whether the pairs were the “same” or “different”.

The aromatic perception of IBMP was suppressed by the presence of either catechin or caffeic acid and to a lesser extent by quercitin. The exact mechanism by which non-volatile polyphenols suppress the perception of IBMP is unknown. One suggestion is that the large number of -OH groups on these polyphenols may form reasonably strong, although temporary, non-covalent bonds with the methoxypyrazines, thus decreasing its volatility.

These findings raise questions regarding the perceived green aromas in wine. Methoxypyrazines are usually present in South African Sauvignon Blanc wines in the range of 0-40 ng/L and all wines contain polyphenols (varying concentrations). If, as the findings of this study would suggest, the polyphenols have a powerful suppressive effect on IBMP, how come we are still able to perceive the green aromatics in most wines? The high IBMP concentration needed for the judges to perceive differences when the polyphenols are present raises the question of whether the methoxypyrazines alone are responsible for perceived green aromas. Studies have reported the contribution of other compounds to green aromas and the topic warrants further investigation4.

The perception of 3MH-related aroma was affected to different degrees by the addition of polyphenols.

The increases in 3MH concentration needed for the panellists to report a difference in samples containing catechin and quercitin would suggest that the polyphenols are interacting with the aroma compound influencing the way in which the aroma was perceived.

The aroma perception of 3MHA was the least affected by added polyphenols in comparison with other aroma compounds tested in this study.

3MHA was only slightly affected by the addition of polyphenols. The reason for this observation could be that the structure of 3MHA differs from 3MH in that the -OH has been esterified with acetic acid making the ester less likely to interact with the polyphenol.

The study was designed to investigate the effects of polyphenols on aroma perception of three important Sauvignon blanc aroma compounds. Results showed each polyphenol had a unique effect when blended with a specific aroma compound, either suppressing, accentuating or showing little effect.

The perception of IBMP and 3MH was largely suppressed by the added polyphenols. IBMP had the most severe suppression effects with catechin and caffeic acid additions, and, to a lesser extent, quercitin additions. There was some suppression of 3MH by the addition of catechin and quercitin and some accentuating effects on the perception of 3MH with caffeic acid additions. Conversely, the perception of 3MHA-related aromas was minimally suppressed when polyphenols were added and the aroma was even accentuated with the addition of catechin.

This study highlights the importance of wine composition on the perception of aroma compounds. A high concentration of a specific aroma compound does not necessarily relate to increased aromatic intensity. Other factors, such as the presence of non-volatile compounds, might play a more important role than what is popularly believed. Therefore, two different wines might have the same 3MH concentration but have completely different 3MH-aroma intensities due to the interacting effects of other volatile and non-volatile compounds present. To complicate matters even further, each of the polyphenols interacted uniquely with each specific aroma compound. Of the three polyphenols, catechin showed the greatest suppression effect on the aroma compounds but had a slight accentuating effect on 3MHA perception.

The suppression effects of polyphenols are important for the perceived aromas of Sauvignon Blanc wines, especially from countries where the natural thiol levels are not exceptionally high. For wines containing higher than average thiol levels, these suppression effects might be slight or insignificant, while the effects can be important at lower average thiol concentrations.