Glycerol – does it really contribute to mouthfeel? 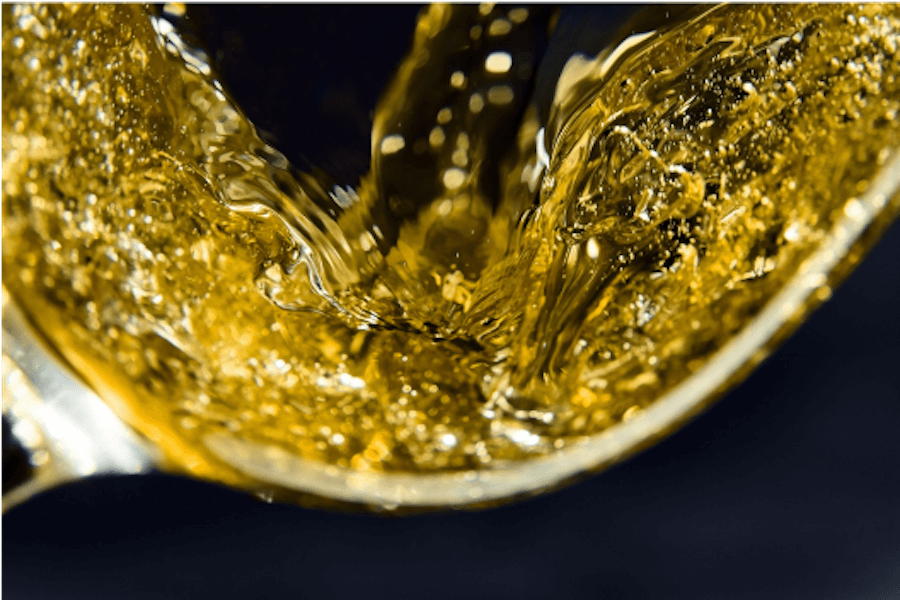 Glycerol is one of several polyols present in wine and the pure substance is a colourless, odourless, non-volatile sugar alcohol with a slightly sweet taste and a viscous nature. Pure glycerol is around 600 times more viscous than water1 which explains why wines supplemented with glycerol in the laboratory become physically more viscous.2

What is the glycerol concentration in wine?

Quantitatively glycerol is a major component of wine and a survey of 447 South African wines showed that the final levels in South African table wines ranged from 4.72 to 14.24 g/L.3 However, glycerol concentrations can reach >20 g/L in late harvest wines which have been affected by Botrytis cinerea.4

How is glycerol formed?

After alcohol and carbon dioxide, glycerol is the most abundant product of yeast fermentation and its formation is linearly associated with ethanol production. Around 5 to 10 g/L of glycerol is produced by the yeast, with the concentration depending on several factors including yeast strain and fermentation temperature3,5. In the case of Botrytis cinerea infected grapes, significant amounts of glycerol can be found in the grape must before fermentation, explaining the high levels of glycerol generally found in noble late harvest wines.6

Yeast strains that redirect their carbon metabolism away from ethanol production to other metabolites, such as glycerol have been investigated as a tool for the production of low-alcohol wines. However, by increasing the formation of glycerol at the expense of ethanol during fermentation, the redox balance in the metabolism of yeast cells is upset which results in high-glycerol/low-ethanol wine with unacceptable concentrations of other metabolites that have an unfavourable impact on the overall sensory quality of the wine. More work on this technology is thus needed.7

What can influence glycerol formation?

Several parameters including pH, temperature, nitrogen source and the yeast strain have been shown to influence the final glycerol levels in wines.8 Other factors such as the ripeness of the grapes and the microbial flora on the grape berries were also reported to affect glycerol levels in the resulting wine.6

How does glycerol contribute to the perception of wine?

It is widely believed that mouthfeel and texture properties are strongly dependent on the glycerol concentration in the wine and that higher glycerol levels, therefore, improve wine quality. However, many of these reports are based on anecdotal and empirical evidence. Although increased glycerol levels in white wine predictably make them more viscous, there is debate whether these increases are significant enough to be perceptible to wine tasters.9

Is there a relationship between glycerol levels and adjudged wine quality?

Results from a survey3 of 447 commercial South African wines entered into the Veritas wine awards showed a significant relationship between glycerol concentrations and adjudged wine quality for the following wine styles:

Do glycerol levels differ according to wine classification?

Is there a relationship between glycerol levels and geographical origin, vintage, cultivar, yeast strain and wine style used?

No significant association between the final glycerol concentration in the 447 South African commercial wines and the vintage, geographical origin or yeast strain could be established.3

The inability of tasters to detect any change to the oral viscosity of dry white wines resulting from increased glycerol (concentration range typically encountered in the wine category) may simply reflect the insignificant effect glycerol has on the physical viscosity of wine.9 Realistic increases in glycerol would probably not be perceived by even the most experienced tasters.2 Against this background it is quite possible that the perceived contribution of glycerol to mouth-feel can easily be over-emphasized while the contribution of alcohol and residual sugar should not be overlooked.