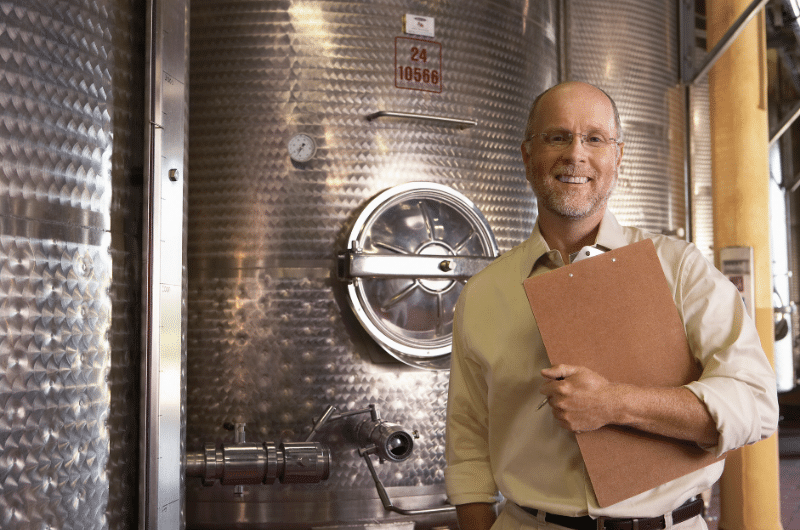 Elemental sulphur (S0) plays an important role in powdery mildew management during the growing season. However, several reports have shown that S0 residue concentration of more than 10 μg/g in the must can result in increased H2S production during fermentation1–3.

In Part 1 of this 2-part blog series, the main findings from a vineyard study investigating the persistence of S0 applied at different timings, different formulations and varying concentrations were discussed. Part 2 will briefly outline the fate of these residues during pre-fermentative grape and must processing operations.

The entire study was published in a paper titled: Persistence of elemental sulfur spray residue on grapes during ripening and vinification4

All vines received a single application of micronized sulphur 12 days before harvest at a rate of 2.7 kg/ha S0.

Similarly, the S0 residue concentration on the harvested grapes did not correlate well with the amount of H2S produced during fermentation. Whereas the S0 concentration in the settled must was a good predictor of total H2S produced during fermentation. Even though the correlation was observed for one of the trials, the correlation failed to manifest during a second trial. Therefore, the S0 concentration in the settled juice might serve as an approximate benchmark, but it is not a reliable indicator.

Skin fermented treatments had pre fermentation S0 concentrations nearly identical to residue concentrations on the intact berries (around 11 μg/g). This was one to two orders of magnitude greater than those in clarified must from the same fruit. The fermentation of the macerated treatments increased H2S formation nearly 3-fold over fermentations without skin contact that were pressed and settled before inoculation. The contribution of other factors associated with skin contact that can lead to increased H2S production should be considered and could also contribute significantly to the formed H2S when compared to fermentation using clarified juice.

Results from this study would suggest that S0 residues are likely of low concern when producing Sauvignon blanc wines (no skin contact). Highly clarified musts (<20 NTU) appear to be at minimal risk of contaminating S0 residues sufficient to produce increased H2S during fermentation. S0 residue should be only of concern for skin-fermented wines.

The influence of other factors such as yeast strain and nutrition will not only affect H2S production by the yeast, but also the conversion efficiency of S0 to H2S1 and should therefore be considered.