Copper-containing fungicide and the effect on the 3-mercaptohexanol concentration 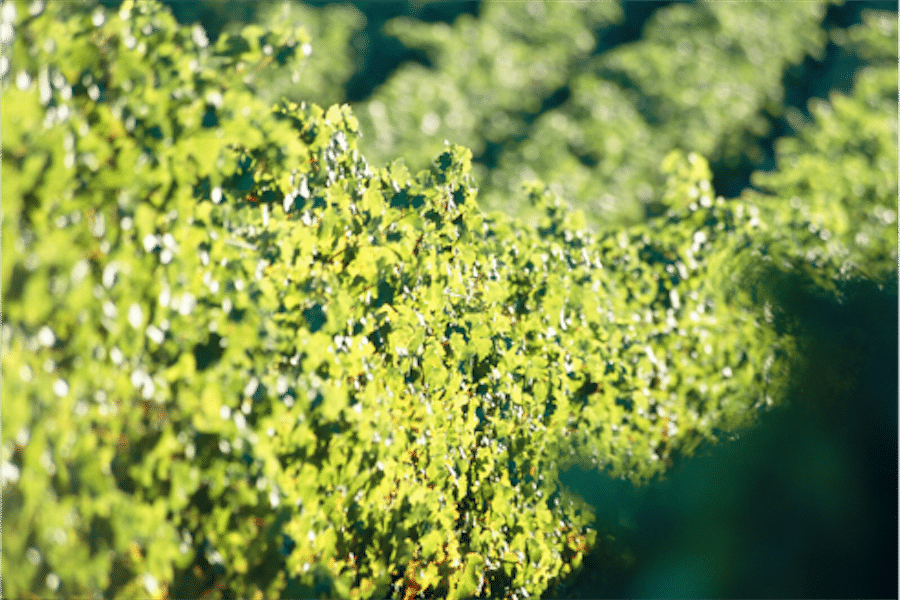 Copper is widely used in spray form to combat various types of fungal infection in agriculture, such as downy mildew and blackspot. However, excessive copper residues in grape must can adversely affect wine quality and winemakers are often reminded to use copper with caution.

Copper can react with certain wine constituents or mediate oxidation reactions that can decrease the intensity of wine aroma. The reactivity of the fruity volatile thiols with copper led a research team to investigate the effect of copper-containing fungicide spraying in the vineyard on the volatile thiols of the resulting wines1.

Sauvignon Blanc vineyards located in the Bordeaux area in France were sprayed with two fungicides over two growing seasons. The fungicides were sprayed over the entire canopy except where specified otherwise.

Applied every ten days from the phenological stage where the leaves unfold up to 30 ± 5 days before harvesting.

4) Copper-based fungicide sprayed on the upper canopy only

Here it is unclear exactly when the copper spray was applied as well as the dosage used, however, it is stipulated that the fungicide was only sprayed on the top part of the canopy, intentionally avoiding direct contact with the grapes.

Copper concentration in the must

In this study1, the overall copper concentration in the must was proportional to the number of copper sprayings.

Copper-based agrochemicals are a major source of copper in grape juices. It seems that the copper present on the grapes predominantly causes the decrease in 3MH in the resulting wine (and not the migration of copper from the leaves). This is supported by results obtained in an additional trial, done by the same research group1, where covering Cabernet Sauvignon grapes with plastic bags before spraying the entire canopy with copper-based fungicide, resulted in wines with similar 3MH content when compared to the wines made from grapes grown on folpet only sprayed vines.

The copper residues present on the grape surface can either react with the 3MH formed during alcoholic fermentation or prevent the formation to begin with (perhaps by reacting with precursors in the must). However, the interference of copper present on the grapes on the biosynthesis of some volatile thiol precursors during grape maturation cannot be ruled out especially considering that copper can penetrate the berry skin1.

The copper residues on the grapes can perhaps be minimised by ensuring that the copper-containing fungicide is only sprayed on the leaves, avoiding direct contact with the bunches.