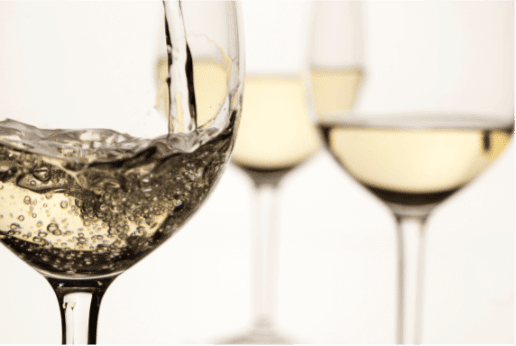 Clarification and stabilization of wines are important processes to prevent turbidity and precipitation issues after bottling. Bentonite fining is commonly used by the wine industry as a clarifying agent and is a popular choice due to its low cost, high efficiency and easy handling properties. Disadvantages of the use of bentonite include the low level of compaction leading to wine losses as well as the speculated change in texture and flavour of a wine. With many products (with varying formulations) available on the market, the exact interaction of a specific bentonite product with a unique wine, and its effects on the wine composition are hard to predict.

In a previous blog post, the effect of bentonite fining on the volatile thiol concentration in Sauvignon blanc wines was discussed. Factors such as vintage, the origin of grapes, the dosage of bentonite and the time of fining were reported to have a prominent influence on the thiol content in the resulting wine.

The type of bentonite used also seems to have a significant effect and should not be overlooked. The exact composition and preparation of the commercial bentonite products differ and can affect the efficiency of the fining process. A study1 of the chemical and physical structure of four sodium-based bentonites found notable differences in iron, magnesium, calcium, and sodium ions among the products, as well as differences in their charge density per surface area, swelling potential, and pH. Small differences in chemical substitution or mineral content can cause large differences in protein binding and bentonite compaction rate.

The juice/wine to be fined will also impact the efficiency of the fining process. Basic parameters such as the ethanol can change the polarity of the solution affecting the overall charge on the bentonite particles resulting in a change in fining efficiency. Variation in pH can also affect the fining efficiency. At lower pH, more hydrogen ions are present coating the bentonite particles (negatively charged). This leads to less exposed surface area for protein binding. Similarly, bentonite binding sites can also be partially saturated in high potassium wines.

A recent study2 put two commercial bentonite products (different formulations) to the test. The main findings from this study are reported in this blog post.

Each of these products was added to the wines at different dosages:

The six wines originating from fining with the different types of bentonite and dosages were subjected to chemical and sensory analyses and the results were compared to that of a control sample (no fining).

The results from this study confirm that the type and dosage of bentonite can affect the resulting wine’s quality, however, the exact interaction of a given product with a specific wine and the resulting effects are hard to predict. Therefore, it is important to do bentonite bench trials on the final blend of the wine, with all other fining steps and additions completed. 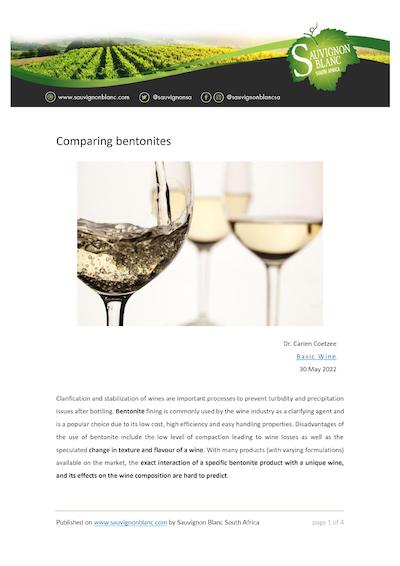