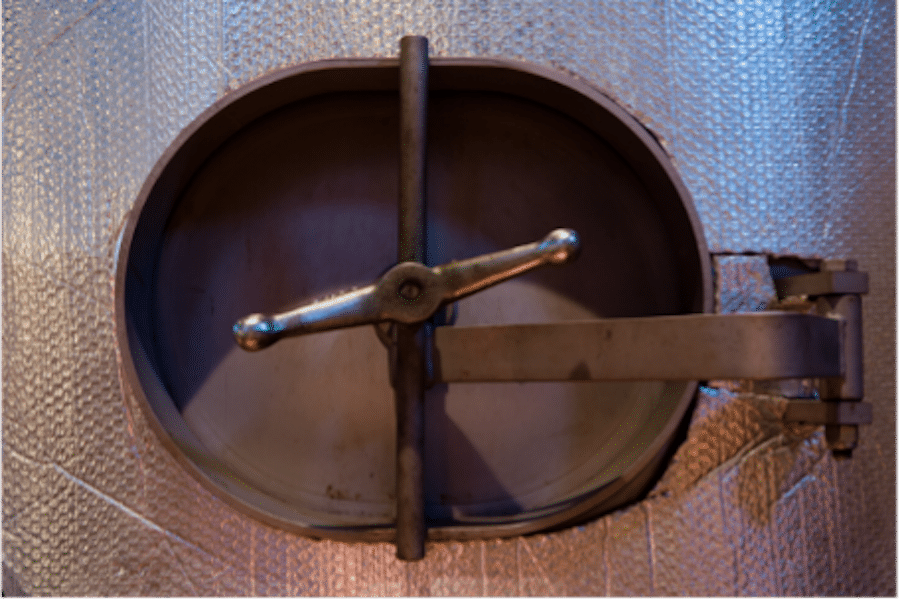 Inert gas sparging is often used as a tool to reduce the concentration of dissolved oxygen in wine thereby minimizing oxidation reactions which can be detrimental to the wine’s quality. Theoretically, dissolved carbon dioxide can help to preserve wine compounds and perhaps reduce the need for sulphur dioxide (added for its antioxidant and antimicrobial properties).

While the sparging of wine with carbon dioxide is common, the sparging of the juice before the onset of fermentation is not done as a rule and the exact effects are unclear. A recent study performed by researchers in Spain tested the efficacy of juice sparging with the aim to better preserve the compounds in the juice and therefore reduce the need for sulphur dioxide and perhaps improve the quality of the resulting wine1.

The results of the study are published in an article titled

Saturation of grape musts with CO2:

A technique to reduce the use of SO2 in white wines1

Circulating juice was sparged with carbon dioxide under atmospheric pressure using a sparging stone. Saturation was achieved after 45 minutes of sparging and a final concentration of 1700 mg/L dissolved carbon dioxide was recorded. After saturation, sulphur dioxide was added to the respective treatments (where applicable). The following treatments were applied:

The 50% CO2 + 25 mg/L SO2 treatment (5) was obtained by mixing equal parts of treatment (1) and (4). The juices were inoculated with Uvaferm VN® (Lallemand) and fermented to dryness. After fermentation, the wines were sulphited to varying final free SO2 concentrations (shown in the table).

From a research perspective, adding varying concentrations of sulphur dioxide during the post-treatment phase could lead to misleading results with the risk of false conclusions being made. To avoid incorrect interpretation of the results, comparison of results should be limited to the following sets where only one parameter (% CO2 saturation) was changed at a time: 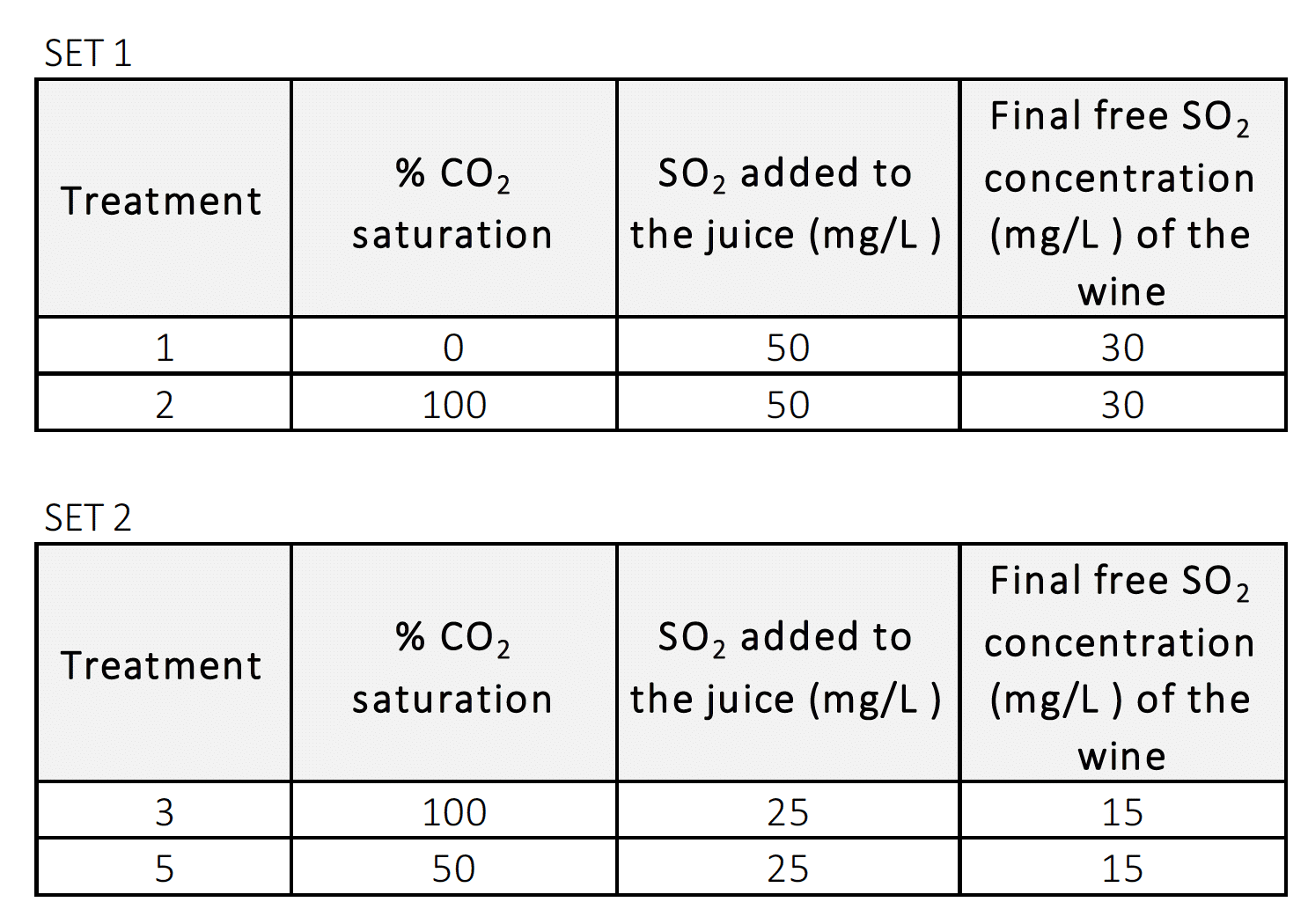 The presence of high concentrations of dissolved carbon dioxide in the must at the time of inoculation seems to delay the onset of fermentation slightly, likely due to the lower availability of dissolved oxygen for the yeast in the juice that was saturated with carbon dioxide. After two days of fermentative activity, sulphur dioxide became the limiting factor and the two treatments to which 50 mg/L sulphur dioxide were added, fermented slower compared to the other treatments, irrespective of the carbon dioxide saturation status.

Interestingly, after the first two days of fermentation, treatment (1): 0% CO2 + 50 mg/L SO2, fermented at a slower rate when compared to its counterpart, treatment (2): 100% CO2 + 50 mg/L SO2. It seems after the initial fermentative phases, the presence of high concentrations of carbon dioxide (or low concentrations of dissolved oxygen) does not affect the yeast activity adversely.

It should be noted that in general, the differences in fermentation rates between the treatments were marginal and all treatments completed fermentation within ten days after inoculation.

The wines were analysed after three months in the bottle. No practical differences were reported between the basic wine parameters of the different sets as outlined above.

The colour of the different treatments varied slightly. Yellow/brown colour measured at 420 nm using a spectrophotometer showed results that did not correspond with the carbon dioxide addition, but (unsurprisingly) rather corresponded with the amount of sulphur dioxide added after fermentation with the higher sulphur dioxide wines having a lower absorbance value at 420 nm and vice versa.

Wine made from juice that was sparged with carbon dioxide had higher concentrations of ethyl octanoate and isoamyl acetate when compared to its counter treatment within the comparable sets. This would suggest that the wines had higher intensities of “sweet”, “fruity” and “banana” attributes. The same trend was observed for 2-phenylethyl acetate which imparts aromatic attributes described as “floral” and “roses”.

Acetaldehyde is often used as an oxidation marker (due to oxidation of ethanol yielding acetaldehyde); however, it is also a product of fermentation. In Set 1, sparging the juice with carbon dioxide prior to fermentation resulted in slightly lower acetaldehyde concentrations. While results from Set 2 showed no significant difference between the two treatments (50% and 100% CO2 saturation). The exact effect of the treatment on the formation of acetaldehyde (either through yeast activity or through chemical oxidation reactions) is unclear.

It seems that higher concentrations of sulphur dioxide at the onset of fermentation also resulted in higher acetaldehyde formation when compared to the lower sulphur dioxide treatments. Yeast activity is likely the cause for this acetaldehyde increases under stressful conditions (higher SO2 content).

Due to the contradicting results, no clear effects can be reported.

Results from this study would suggest that there are no real advantages to performing juice sparging with carbon dioxide. However, a different approach to interpreting the results of the original publication led the authors to conclude otherwise.