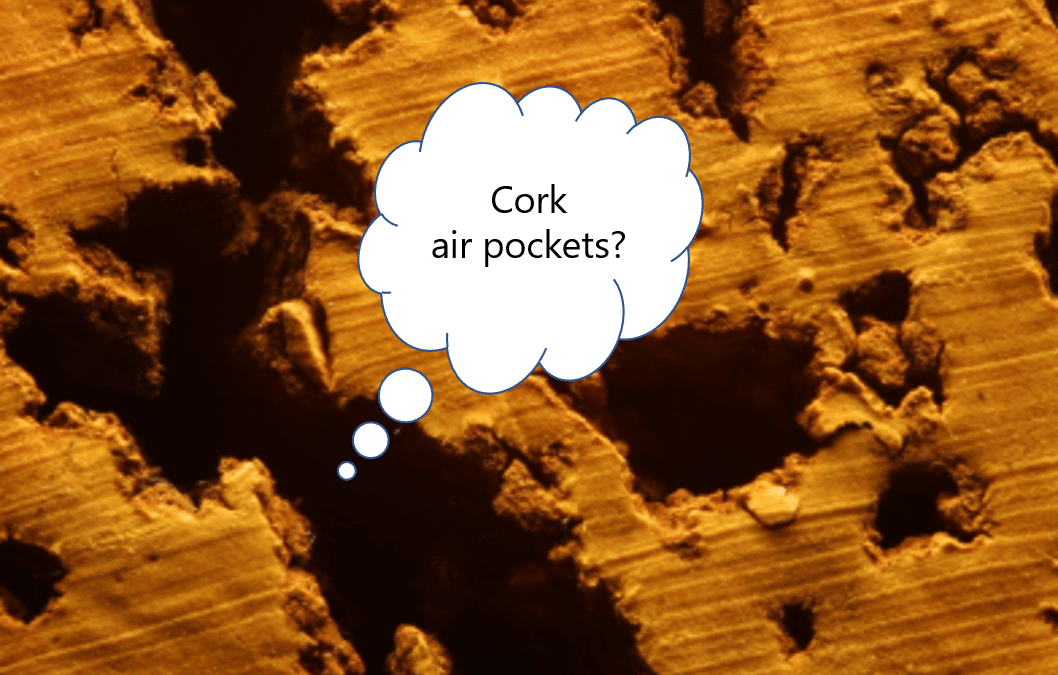 In a previous blog post, we reported on a study where researchers investigated the effect of copper and glutathione addition, prior to bottling, on the evolution of key aroma compounds such as 3MH (fruity volatile thiol) and H2S (stinky reductive odour) in Sauvignon Blanc wine.

The article also investigated the effect of closure-derived oxygen as well as the oxygen transfer through the closure, on the oxygen content within the bottle. These results are discussed in the current blog post.

The oxygen transfer rate (OTR) refers to the amount of oxygen that the closure allows to permeate from the outside of the bottle, either through the closure matrix or via the contact surface. The OTR differs among various closures with some allowing more oxygen ingress than others.

Closure-derived oxygen is oxygen that is directly derived from the closure (and not from outside the sealed bottle). Closures, such as natural corks and synthetic closures, are made of porous material, and therefore can contain micro pockets of air (and oxygen). Upon insertion of the closure into the bottle, part of the oxygen trapped in the closure is released into the bottle and can then be dissolved in the wine.

Other than preconditioning the closures, the sealed bottles were also stored for 180 days in either an air-filled or a nitrogen-filled environment. In total, three different closure/storage combinations were applied:

The researchers cleverly tested the oxygen content in sealed bottles (with the same treatments as shown above) by flushing empty wine bottles with nitrogen and sealing the bottles with the preconditioned closures. This allowed the quantification of the oxygen in the bottle over time (either released from the closure and/or through the closure) without the interference of wine (that would dissolve and consume the oxygen as it enters the bottle).

50 days storage
During the first 50 days after bottling, the oxygen levels inside the bottles increased rapidly for all the treatments. It was expected that treatment N/N would not increase in oxygen concentration considering the preconditioning and the storage conditions applied, but an increase in oxygen was still observed indicating that the preconditioning of the closure in nitrogen for 1 week was not sufficient to remove all the oxygen from the air pockets. An extended storage period could potentially remove all the air-filled pockets, however, this still needs to be confirmed.
Nevertheless, the treatments A/N and A/A contained about twice the amount of oxygen (about 2.2 mg/L) compared to N/N (about 1 mg/L), clearly showing the contribution of the (unconditioned) closure to the release of oxygen.

100 days storage
After storing the bottles for 100 days, a difference between A/N and A/A became evident. The bottles stored in air (A/A), gradually showed an increase in oxygen due to the ingress of oxygen through the closure over time (OTR). At the end of the 100-day period, the oxygen content in A/A was about 3.2 mg/L. The same rate of oxygen increase was not seen for A/N, confirming the contribution of the closure’s OTR. N/N maintained a concentration of around 1.4 mg/L for the remainder of the storage period.

RESULTS: DISSOLVED OXYGEN IN THE WINE

The same treatments were applied to bottled Sauvignon Blanc. In this case, the dissolved oxygen was measured in the wine.

90 days storage
After 90 days storage, the dissolved oxygen concentration in the wine was low (about 0.05 mg/L) and the differences between the treatments were minor. Keep in mind that any oxygen entering the bottle will dissolve in the wine and be consumed by chemical reactions, therefore the increase in dissolved oxygen in the wine will not replicate what was seen in the empty bottle experiment (where there was no matrix present to consume the oxygen).

The dissolved oxygen content reported here is very low. Again, it is important to consider the ongoing ingress, dissolution and consumption of the oxygen over time. Even though the oxygen concentration in A/A was only slightly higher after 180 days storage, it is still an indication of a higher ingress compared to A/N and N/N.

RESULTS: EFFECT ON THE WINE COMPOSITION

As expected, SO2, glutathione and 3MH, were better preserved in N/N due to the lower degree of oxygen dissolution. A/A showed the least amount of H2S generation, highlighting the importance of some oxygen to prevent the formation of reductive off-aroma.

The amount of oxygen released from within the closure accounted for about 50 % of the total oxygen over the entire 180-day storage period, indicating the key role the oxygen trapped within the closure, could play in post-bottling oxygen exposure.

Therefore, in addition to OTR, the closure-derived oxygen could be an important tool for the management of oxygen entering sealed bottles. These technological parameters could potentially be used by the producer to control the rate of oxidation and prevent latent H2S formation.

It is important to remember that different wines require different amounts of oxygen to achieve optimal aroma development during ageing and these closure variables could be used to the producer’s advantage in the production of quality Sauvignon Blanc wines.